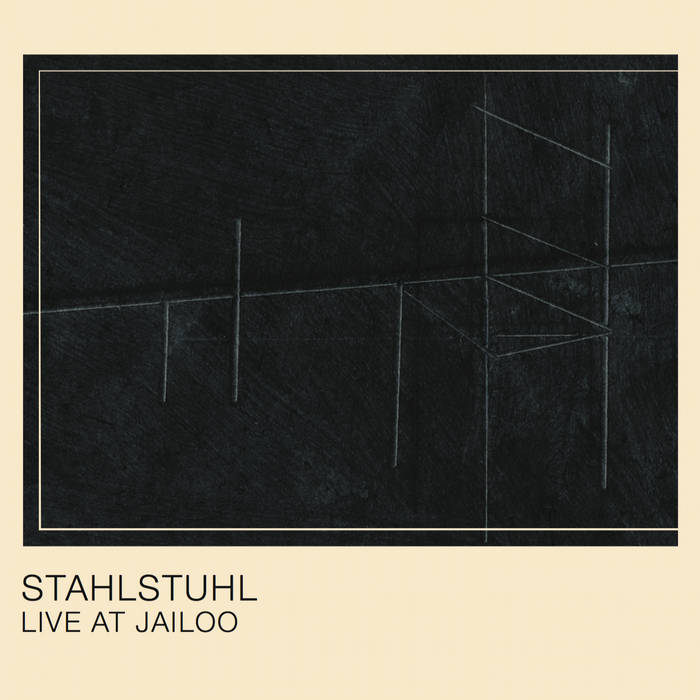 War of the Lightning Bugs

This album presents the project Stahlstuhl in its typical line-up: a chair performer plus a laptop musician.

This was the first concert held by the duo, in December 2012.

Guitar player, singer and computer science enthusiast, Olavo Vianna acts here as a chairs’ guru. His performance is the result of a long study on the timbrical possibilities of school chairs. As shown in this recording, such an ordinary object has all the potential for becoming a full scale musical instrument.

The interaction of wood and metal creates a specific sonority, unique for each chair. The diversity of sound palette is assured by Vianna via an instrumental action combining multiple gestures, such as dragging and percussion. One has to start listening, in order to believe that 100% of the sounds here come from a chair…

Sound sources are processed in real time with a laptop, with an extremely cautious use of tape recordings of chairs. The laptop musician, Emanuele Battisti, receives the sound sources through a contact microphone, specifically used for the percussive sounds. Moreover, a condenser mic is positioned at the center of the room, allowing for a fuller reproduction of the granular sounds produced by the chair.

By the use of different delays and reverbs, the chair gestures merge into ever-changing rhythmical structures. The sound moves through the acoustic space. Note that the original recording for this live concert was in four channels: the public was literally enfolded in a dynamic system of sounds.

Although this performance is improvised, the two musicians follow a strict order of gestures and interactions.

Recorded live at the Jailoo Art Center in Saint-Ouen, France.

Mixed and mastered by Emanuele Battisti

Founded in 2015, Elli is focused on music made by humans, for humans, with computers.

From electroacoustic to free jazz, from microsound to drones, noise, live electronics, but also metal, song, electro, and more…

Beyond the standard classification by genres, Elli promotes those artists that develop a deep relationship and thought on machines and software. ... more

Featuring Gary Bartz, 5 years of Rhythm Section Intl and an LP of the week by Nicolas Jaar